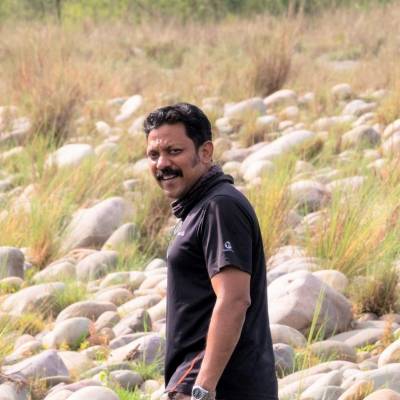 Dr. Bivash Pandav is a well-known conservationist and is the Director of the Bombay Natural History Society, which he joined after spending a lifetime as scientist faculty in the Endangered Species Department at the Wildlife Institute of India. He obtained a master’s and doctoral degree in wildlife science from the Wildlife Institute of India, where he primarily focused on marine life, particularly the mass sea turtle nesting sites in Odisha. Bivash joined WII as faculty in late 1999, wherein he extended his research and began a long-term monitoring program for tiger and prey populations in Rajaji National Park, Uttrakhand. In 2007, Bivash was deputed to WWF-International. Operating from Kathmandu, Nepal, he coordinated WWF’s tiger program across 14 different landscapes in 11 tiger range countries. Post his stint with WWF-International, Bivash returned to the Wildlife Institute of India in 2011 and continued his research work in the forests of the foothills of the Himalayas and monitored its elusive animals. He took over as the new Director of BNHS in January 2021.